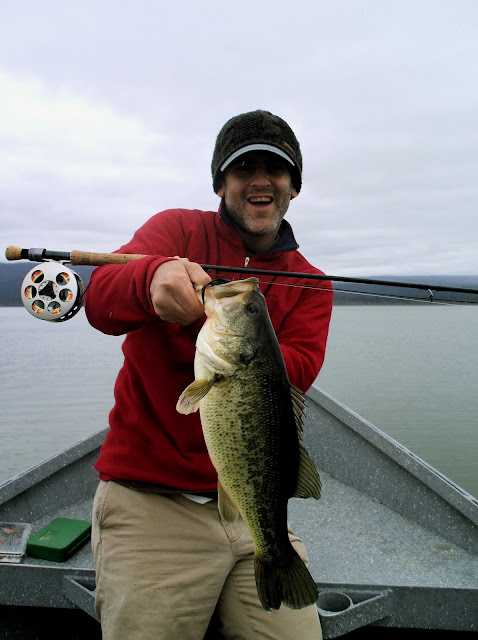 With the warmer temps and spring rains, the ice is off most of the high cascade lakes. JC and myself decided it was time to go strip big flies and poppers for the elusive Large Mouth Bass. Davis Lake had been illegally planted with LMB in the mid to late 80's which quickly vaulted it into one of the most controversial lakes in Oregon. The history behind the lake was that it had, at one point, been one of the states best stillwater fisheries for trout. It was not uncommon to catch native lake 'bows in the 30in. range. Today those fish are still out there but have been largely decimated thanks to the voracious appetite of the LMB. We felt we had to do our part in order to sore-mouth a couple of those "ditch pickles!" 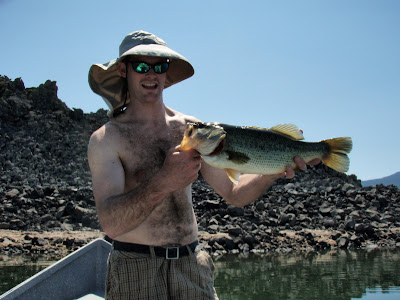 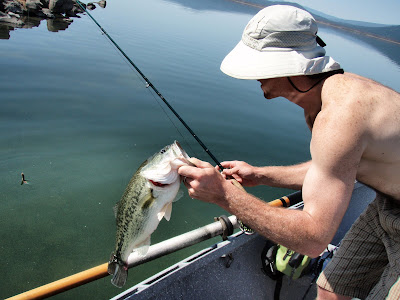 Davis, is a fly fishing only lake which makes it nice and sometimes easy to catch big bass on flies. Shooting heads & sinking lines can be a must for catching pigs, but as summer temps take over the bass will move into the shallows and become vulnerable to surface flies. We had temps in the upper 40's and I'm guessing H2O temps around the same. We figured poppers would not produce because of the frigid spring temps. Towards the end of the day we were pleasantly surprised to see Bass actually waking after, and devouring our frog patterns and poppers. 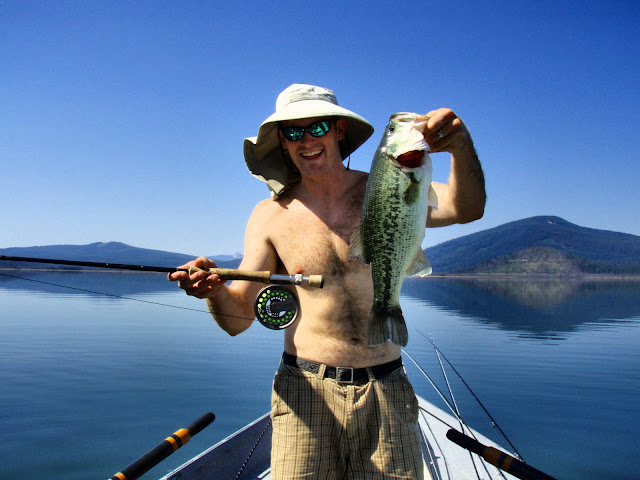