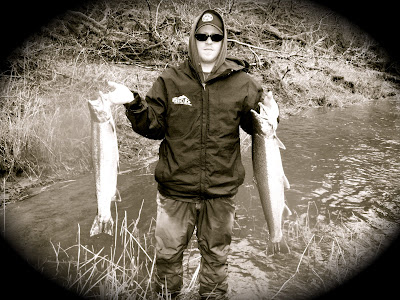 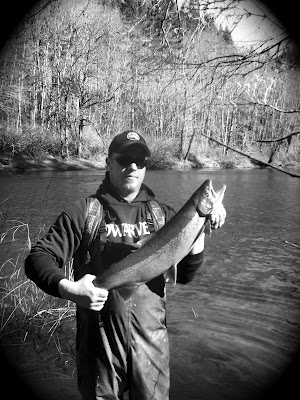 Oh the days of old.... In years past, Rodney did some serious slaying. This year Rodney's ill timed trip proved to be the infamous "Dues Day" I feared it would be when he and Chromeslayer showed up. 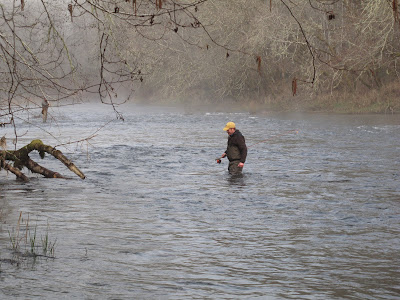 We "pounded hole" with minimal results, but made up for it with constant beer drinking, Scissorfight, and heady meditation. 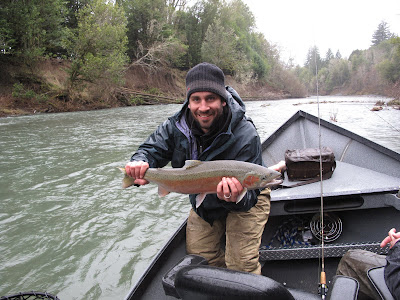 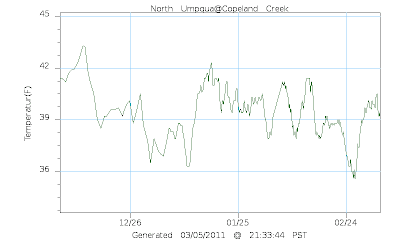 Colder than average temps. were abound in late february 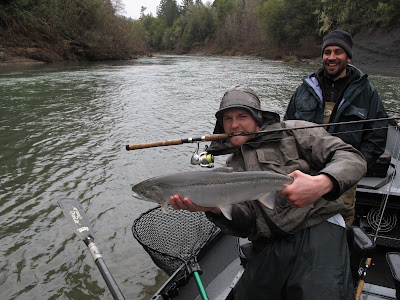 There were descent days of slaying, and the fellowship got us through the humiliation of intermittent skunkings. 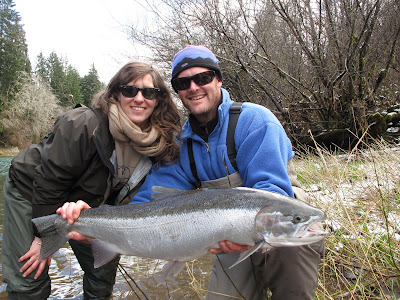 K8 did some serious slaying on the Siletz with back to back chromers! 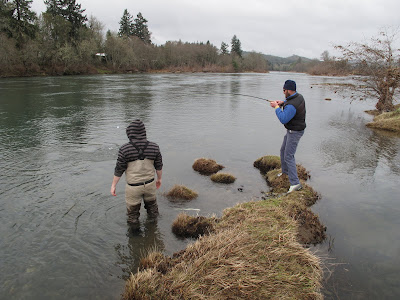 North Umpqua natives are a sweet score no matter what color they are. Jimmy tailed this "beautiful buck" in style. 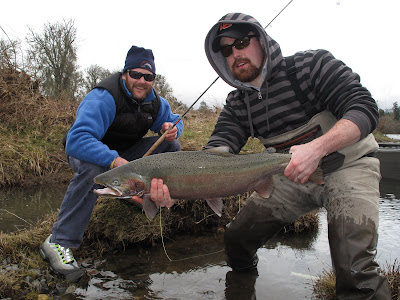 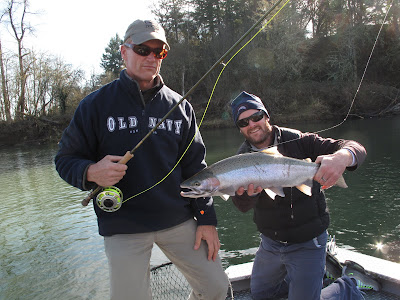 Jesse's trip was good for the third year in a row (4 years in the making). He only lost one fish the whole week - we fished both Umpqua's successfully, and caught quality fish. 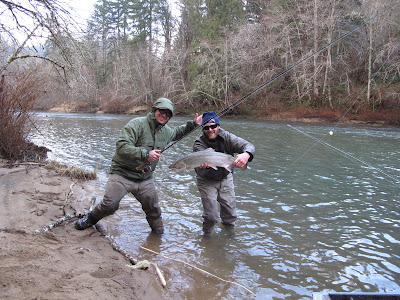 Nathan gettn'm on the Siuslaw 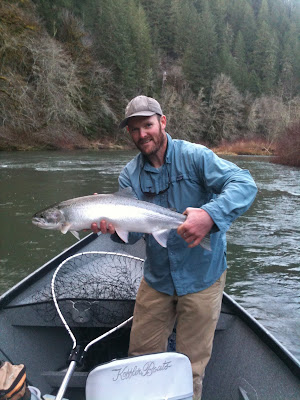