Kate & I hitched a ride to the West end of the Bahamas on a sick cat. We traveled 60 miles off of West Palm Beach where we trolled & dove during the daytime and stayed on anchor at night fishing all night, most nights. 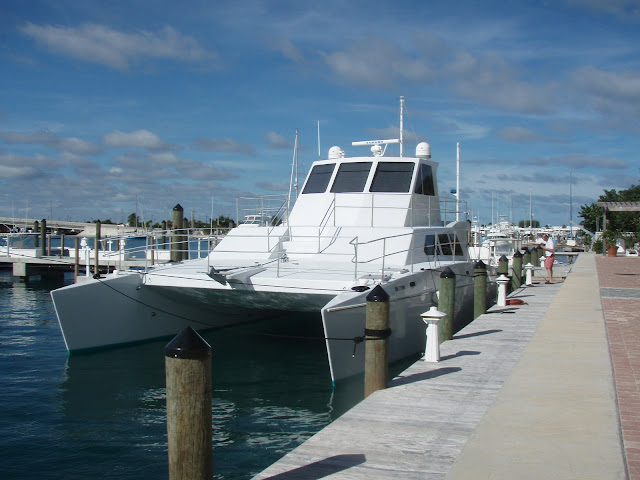 The boat we were on for 4 days was a 50 foot catamaran that our friends had custom built. 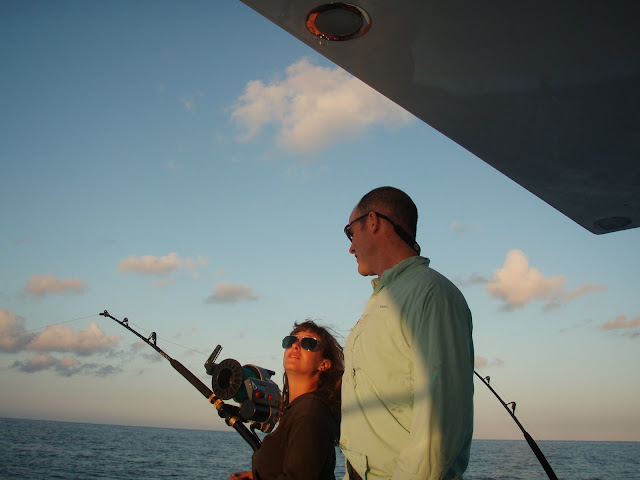 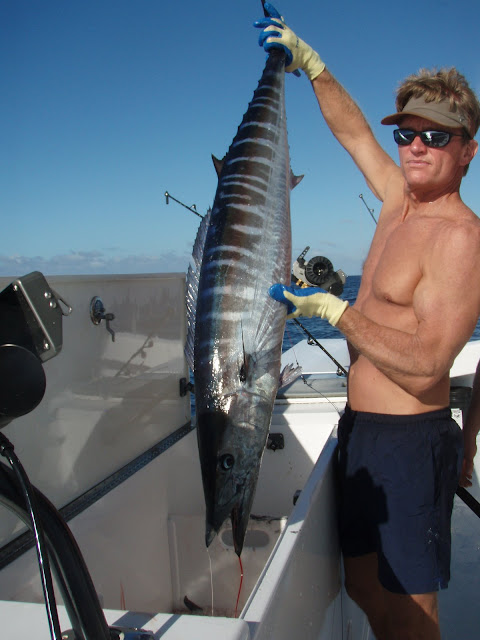 We caught a fair share of wahoo trolling around during the day... 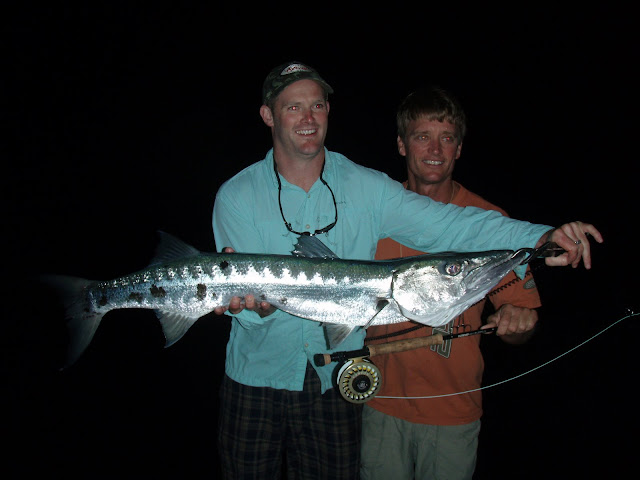 The night fishing was like scratching lottery tickets. A black/blue clouser was the ticket for a variety of species including Grouper on a sink tip and Barracuda on a floater. 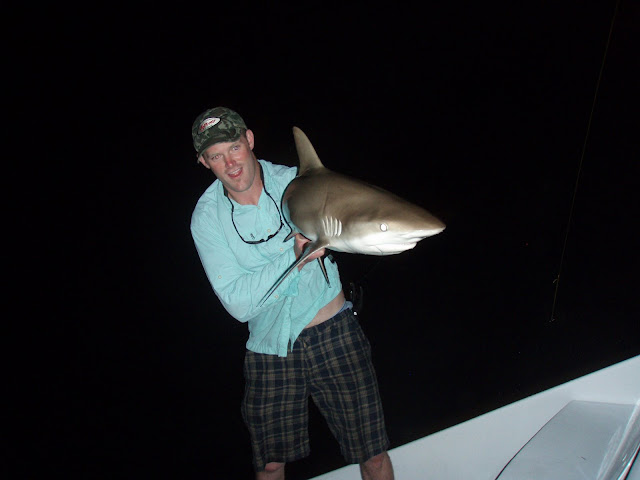 A late night anchored above an old ship wreck.


We fished for hours catching Barracuda, Horse-eye Jacks + Bluerunners. It wasn't until 3am that we were both lucky enough to hook and land feisty Bull sharks. I went about 1 for 30 on Sharks. It took Jesse landing one before we could identify what we kept hooking and breaking off. The sharks would usually be hanging off the stern of the boat just out of the boat's lights. I would cast my 12 wt with huge poppers for whatever was out there (usually Jack's), but every once in a while a shark would chase it and usually end up short striking the fly. I did see a shark come up, eat the popper, and then turn, sawing off my leader and $6 popper. 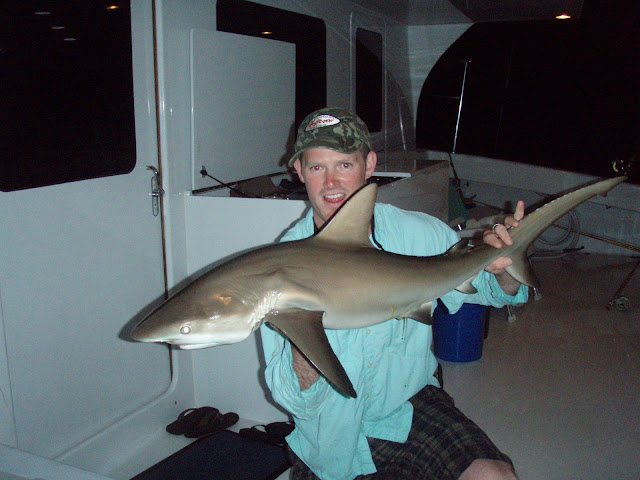 A small Bull Shark that ate a live Blue Runner and proceeded to dump over 200 yds of 40lb braid. 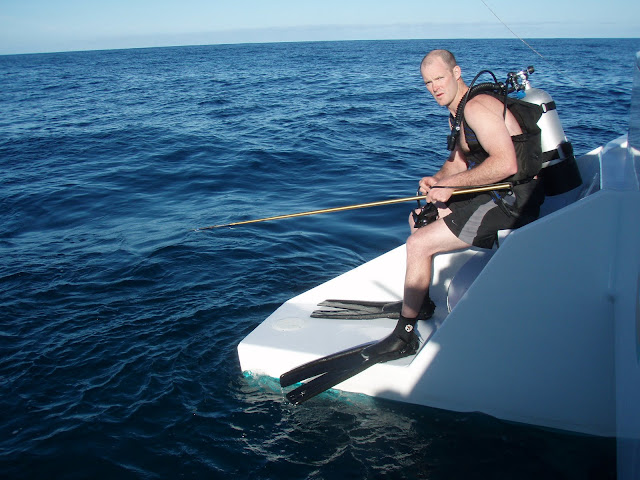 In addition to slaying above water, I also got the chance to dive and spear fish in 40-80 ft of crystal clear water. The targets consisted of Grouper and Hogfish which were usually pretty wary when approached by a descending scuba diver. I would have to say this was probably my favorite part of the trip, and one that keeps renting space in my head : ) 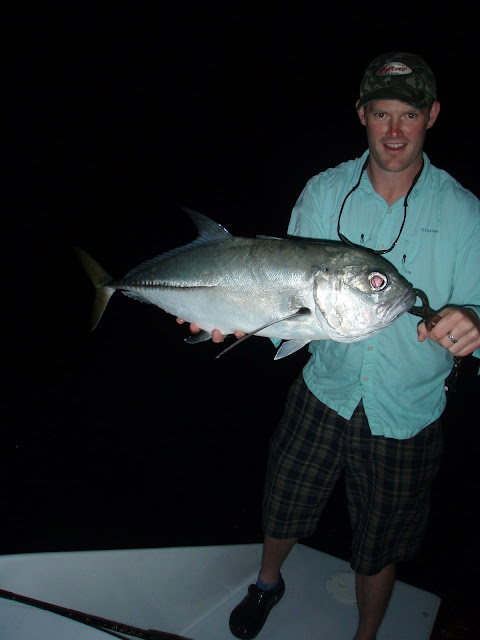 A burly Horse-Eyed Jack that fell for a 5 inch popper on a 12wt. The avg. time it took to land one of these bruisers was 10+ min. even on a big rod. 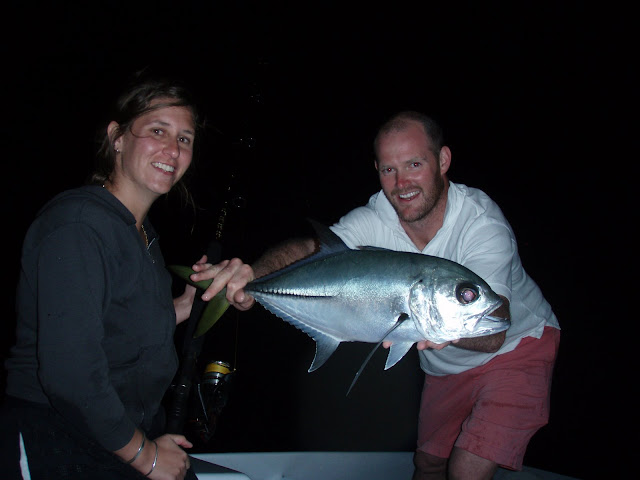 Kate was "over it" after having to land one of these hell spawn.


Best fishing ever... perfect days on the flats. Casting with the 6wt for redfish + trout. 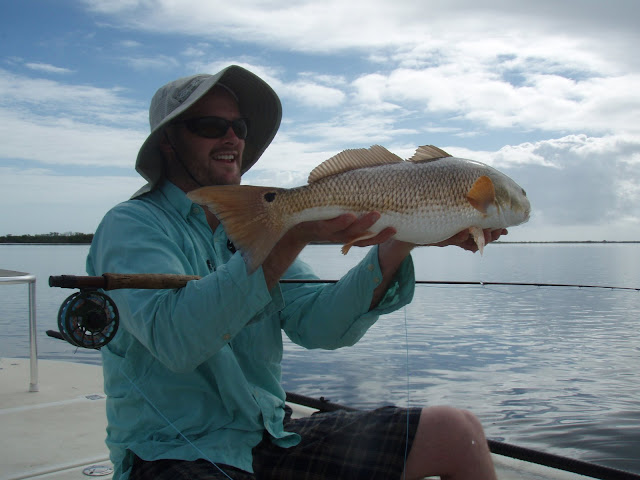 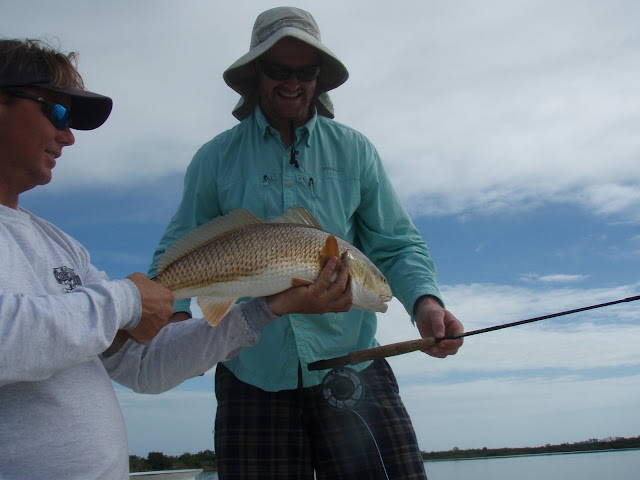 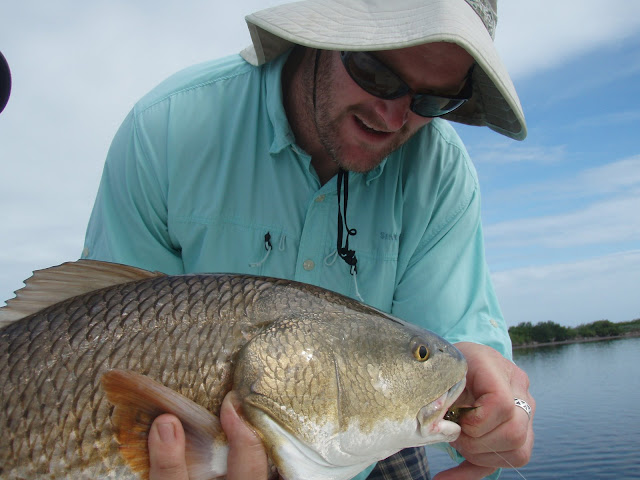 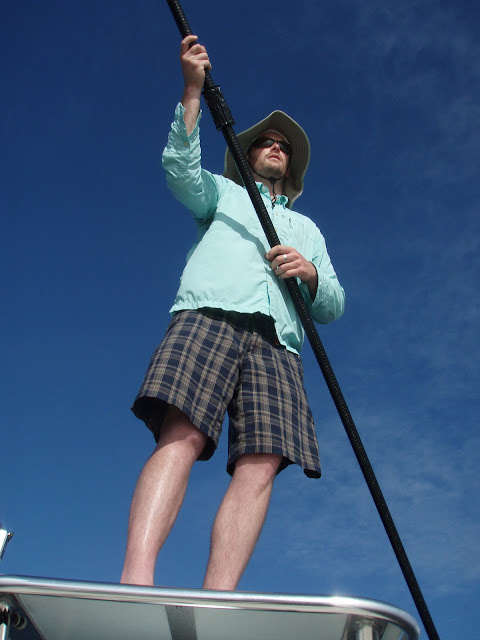 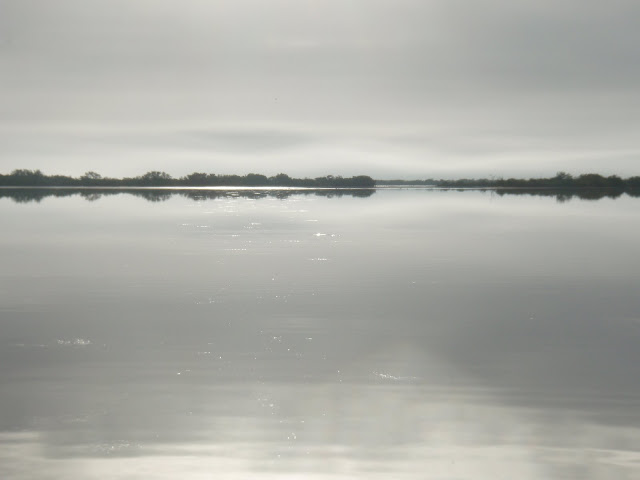 a quiet morning in the lagoon - reds tailing everywhere... 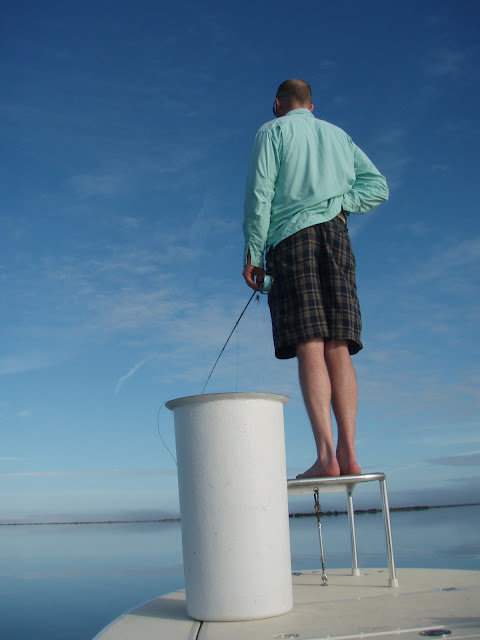 Even though you could see fish, once you got within 50 yds they had the innate ability to sense even the smallest pressure changes and disappear. We called it their "cloaking device", and it was the result of years of fishing pressure. When the fish were happy you could see every movement they made in 18 " of water. 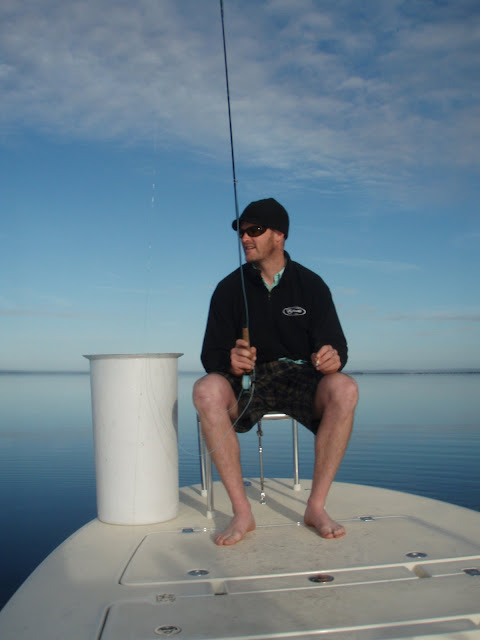 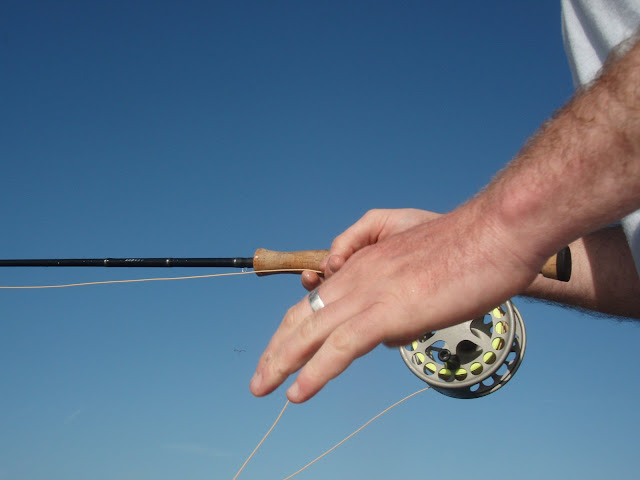 Went out with Capt Bryan Pahmeier in mosquito lagoon for some prime winter flats fishing. 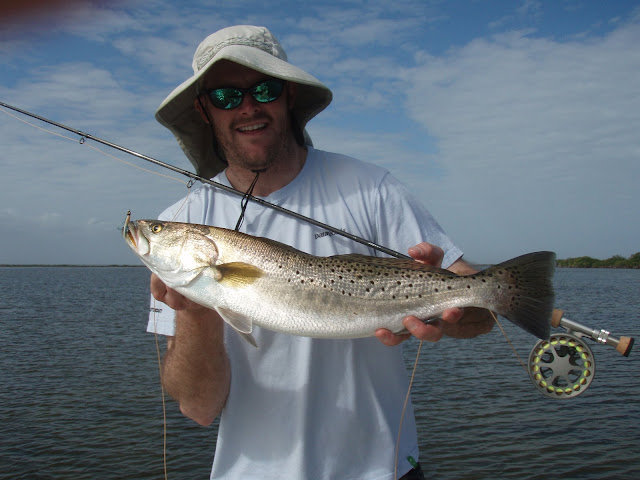 A large speckled trout that came blind casting with a blu/whte streamer. 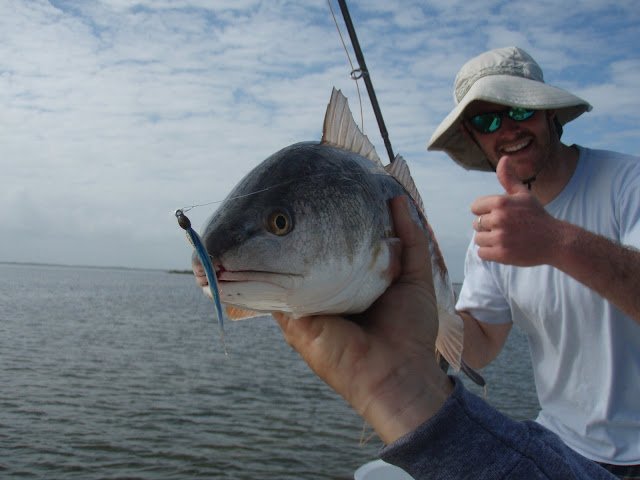 A small red that was hanging with the trout 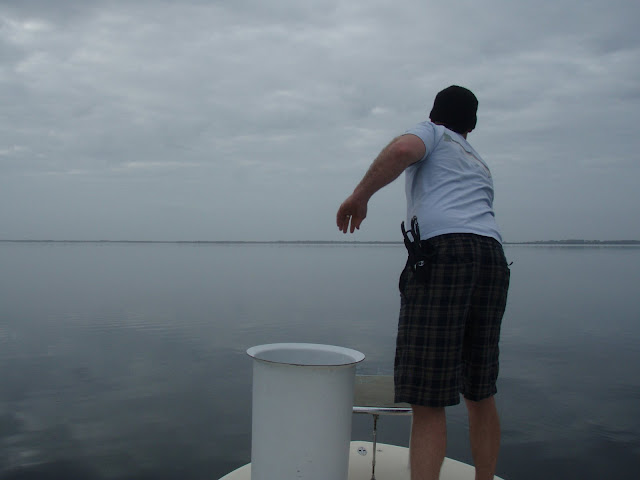 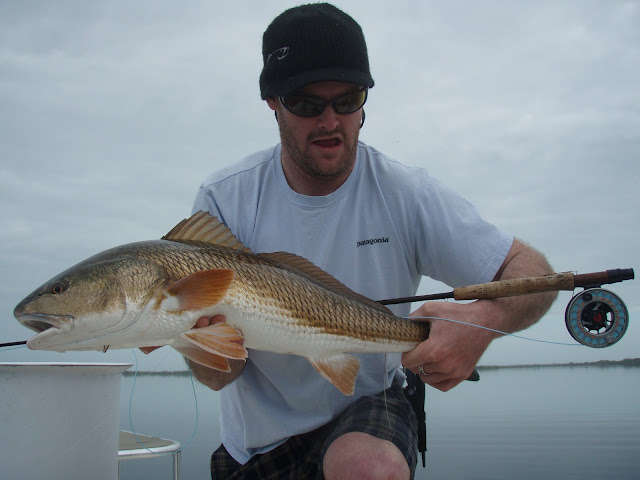 A sweet red that couldn't resist a green crab pattern

Posted by Boston Fly Fishing and Report at 11:06 PM No comments: