Halibut on the Fly! 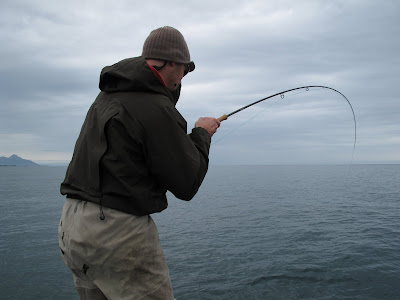 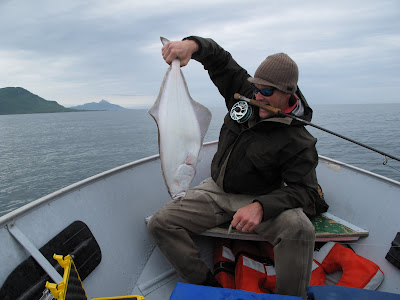 Nick Jackson with a Tennis Racket on the Clouser 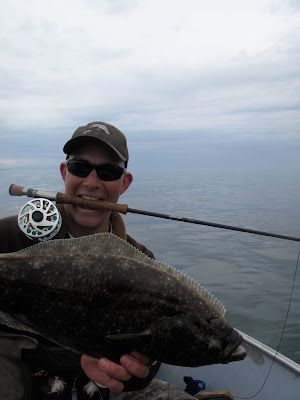 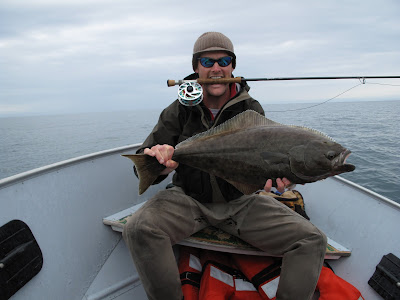 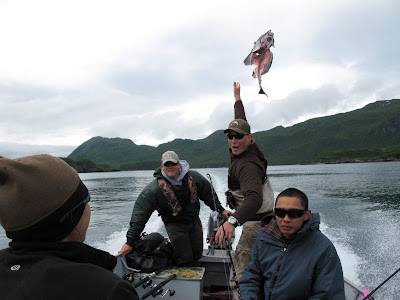 One Clouser tied on a 4/0 hook and fished on a type 7 sinking head kept up with the jigs in 70 ft of water. The 10wt picked up 7 Halibut and some Cod that afternoon in Halo Bay, Alaska.
Posted by Boston Fly Fishing and Report at 1:59 AM No comments: 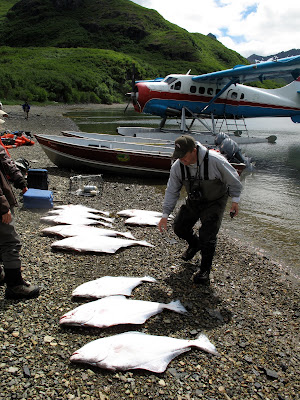 I was fortunate to go to Halo Bay and do some Halibut fishing on my day off. Capt. Justin Harris put us on the fish less then 5 minutes from where we keep our boats. This was also the location of Grizzly Man Tim Treadwell's demise, who was killed by an Alaskan Brown Bear a few years back. 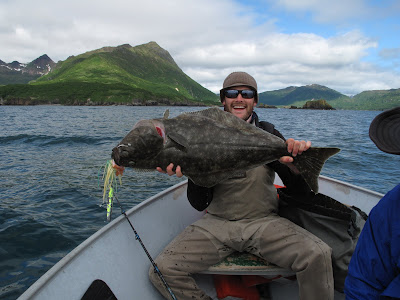 I tried fly fishing with my 10 wt. and a type 7 sinking head but was foiled by the 60-80 ft depths we were fishing in. I was able to throw at a couple of rolling Kings but they were never concentrated on bait so it made their whereabouts a mystery. Jigging splittails and Salmon bellies proved to be the ticket. 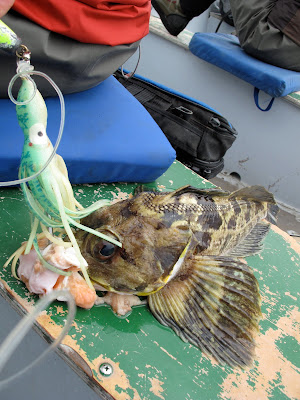 We caught a variety of species and saw numerous bears. I only wished we could have been fishing in a more shallow area because the fly rod and a clouser would have reigned supreme. I had a gear rod go flying out of my hands on a small ling cod shortly after lunch. Later on we made another drift and ended up hooking the rod with the fish still attached! I should have bought a lottery ticket that afternoon. 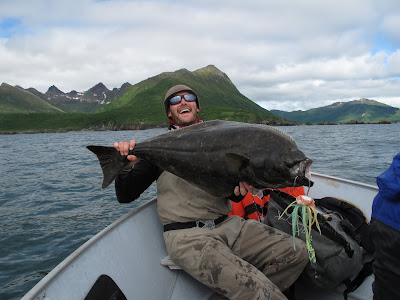 Posted by Boston Fly Fishing and Report at 12:53 AM No comments: 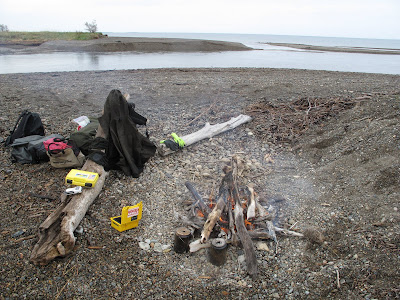 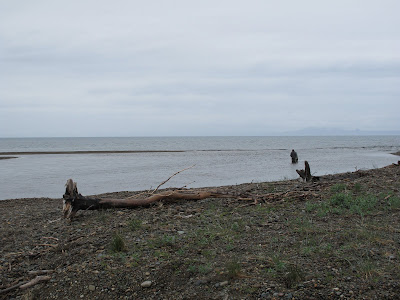 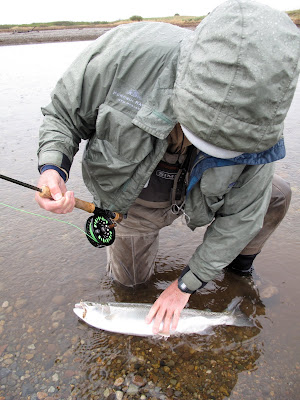 After Work - Fishing Streamers on the Newhalen untill 12 am
Posted by Boston Fly Fishing and Report at 12:37 AM No comments: 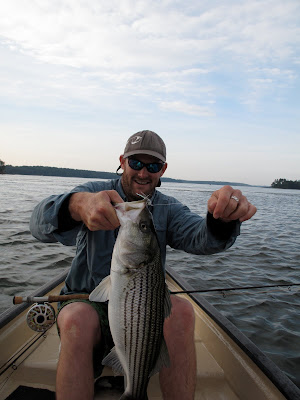 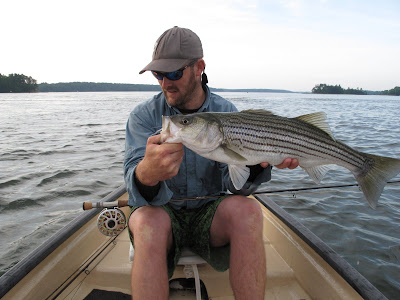 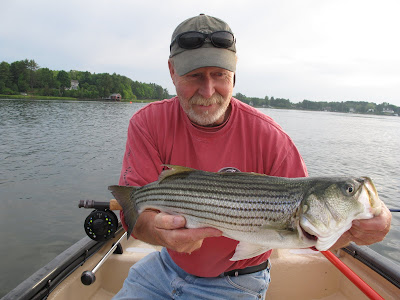 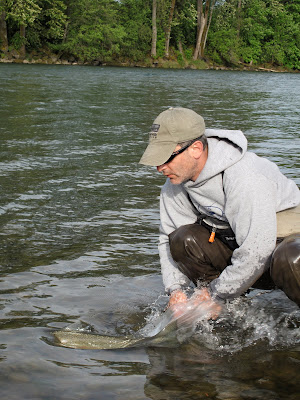 Posted by Boston Fly Fishing and Report at 4:03 AM No comments: