September 31X15 on the Swing 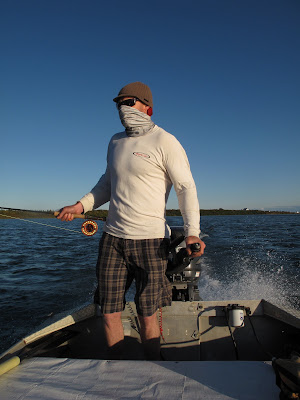 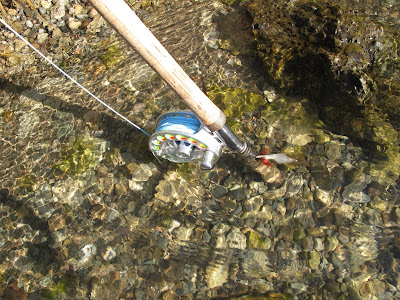 It was one of my last days of guiding for the season and I had still never netted a 30+ inch Alaskan Rainbow.... I had seen clients hook them and blow it, as well as blown it on big rainbows myself. With only a few days to go in my final season @ Rainbow King I didn't think I would ever see the illusive 30.
It was 4:30 in the pm when I decided to pick up my Redington Switch 7wt and make some casts with a baitfish pattern. I landed a 12"er and made three more casts before getting the big tug! My fly was'nt even into the swing when I thought I had hooked a Silver. The head shakes were deep and the fish immediately rocketed off down into the tail out and came cartwheeling out of the water. I remember yelling to my clients that I was hoping it was a silver, that way I didn't feel bad if I lost it. Eric Shaffer (the other guide) dropped his rod and ran down to my location with the net and seemed to know innately that it was a rainbow. I think I knew as well because my legs were shaking profusely in the waist deep glacial water. With backing used I began to catch up and gain on the fish which had taken my fly. Gradually I worked the chromer up to my side and saw the pink cheeks signifying it as a large female Rainbow Trout! I had swung up a "unicorn" at the Gorge on the Newhalen River. 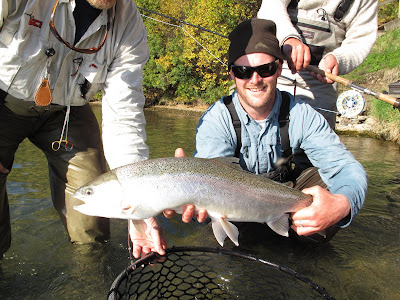 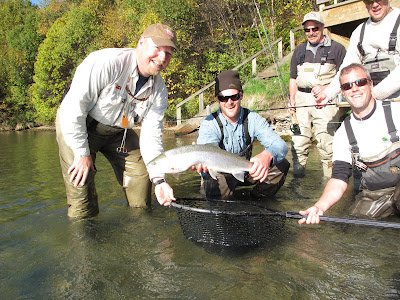 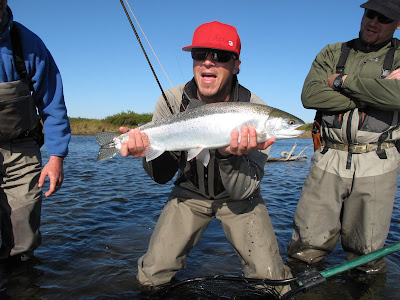 Posted by Boston Fly Fishing and Report at 2:17 AM No comments: