Posted by Boston Fly Fishing and Report at 9:05 PM 1 comment: 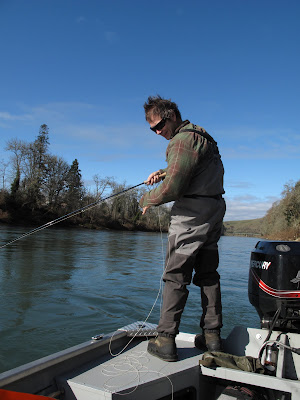 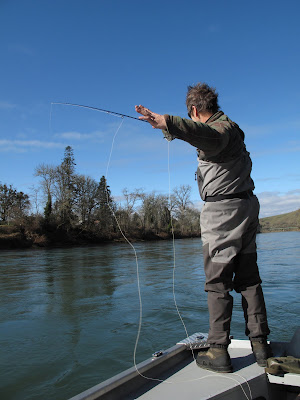 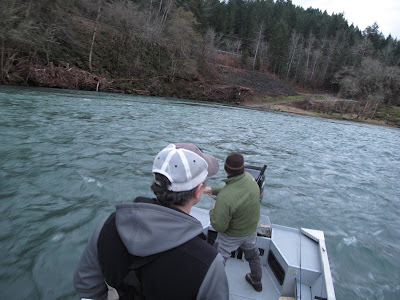 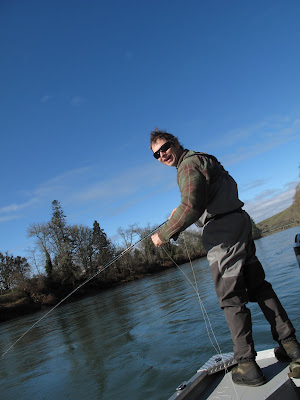 Posted by Boston Fly Fishing and Report at 7:34 PM No comments:

This past week I took a trip to the Siletz where the water had just dropped into prime shape. Floating through the Gorge I brought an arsenal of tricks but all that was working was the Indy set up. The first fish of the day was huge and I was pissed that there was no one around to help document the native hen, there was another of hatchery origin which was released in hot grease. As I got to the end of my excursion I hooked up, in a familiar spot with a familiar sized fish. The steelhead proceeded rip down into the tail out after busting a flip turn, similar in water displacement to that of an olympic freestyle swimmer changing directions at the end of the pool. 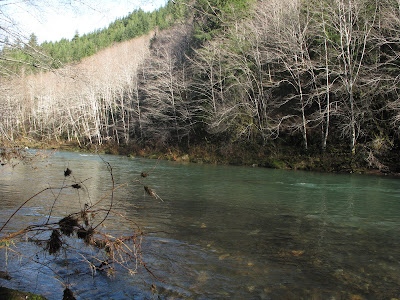 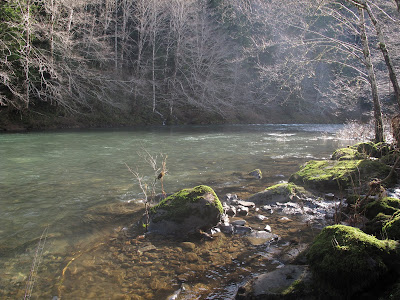 I would have loved to touch this beauty but alas this big fish came unbuttoned right at my feet. This was OK with me as it would have been extremely taxing on the fish to do a one man photo shoot. The wild male steelhead had a double red stripe and was at least 40" long. The battle made me want something bigger than my 7wt switch rod. 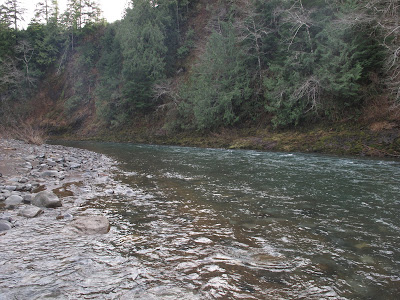 The Next day Jeff and I drifted down river and did pretty well on hatchery chromers. Our friend Michael caught his first winter steelhead on a fly rod which made him a total believer in our program. He also caught fish on Bobber & Jig and Plugs - which is totally sweet if you want to drink beer and read the news paper while getting them! 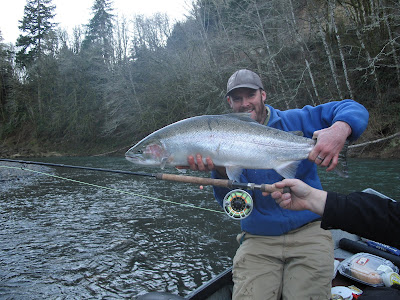 I Picked this native beauty up in the afternoon and it proceeded to kick my ass untill Jeff (waderless) ran out into the river and netted it pro style. These fish are the attraction of the Siletz. In my two days of fishing it this January I hooked 3 fish that were 15lbs or bigger.
Scotty and I invited Denver to come join us for a day of side drifting down on the Coquille. The day before we had gotten blanked while using the fly rods amidst fifty other boats - all side drifting. He is one of the best drift fisherman I know and he lit it up, hooking 7+ steelhead on the day. 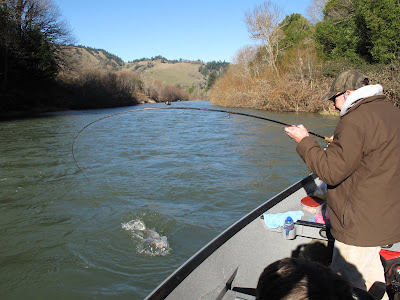 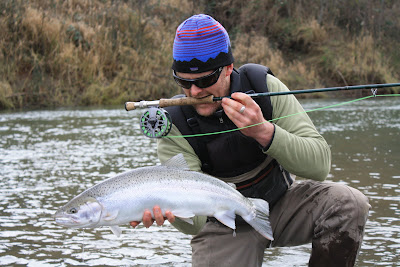 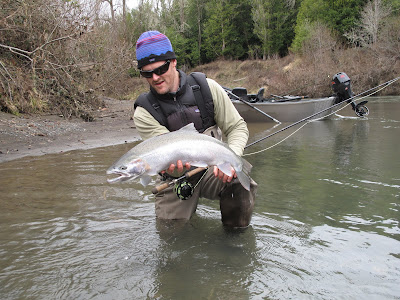 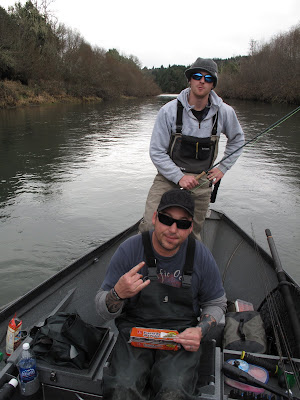 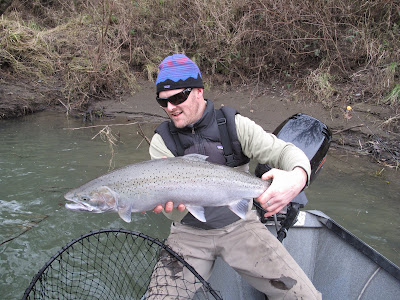 Wild fish were abound on the Coquille this January
Posted by Boston Fly Fishing and Report at 3:06 AM No comments: