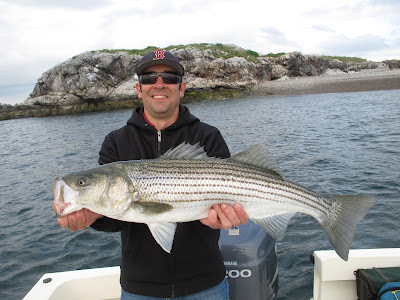 Clubber Lang came tight on this 33" Salem slab right off of Gooseberry Island.  Later in the evening he linked up to something large & in-charge while trolling a pollock.  The fish dumped half the braid off of his Abu ambassador and was never heard from again : ( 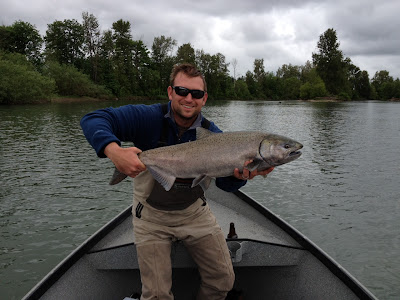 Nathan sent me this shot of a Eugene Springer that he scratched up while "swinging" flies on the Willamette. 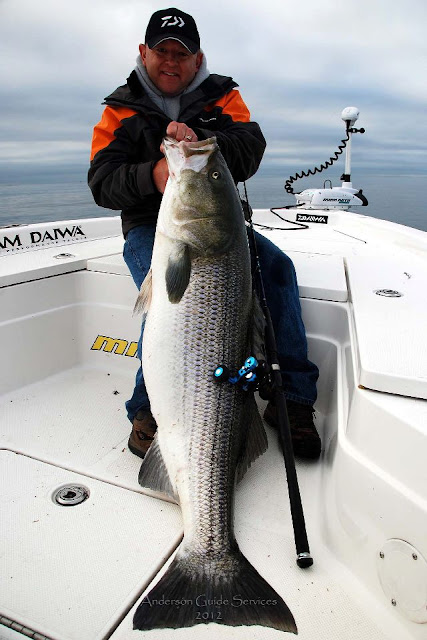 Awesome pic of a 75lb striper caught in the Long Island Sound on a live Scup!